House of Commons launch of Scope of Acupuncture (March 2020) 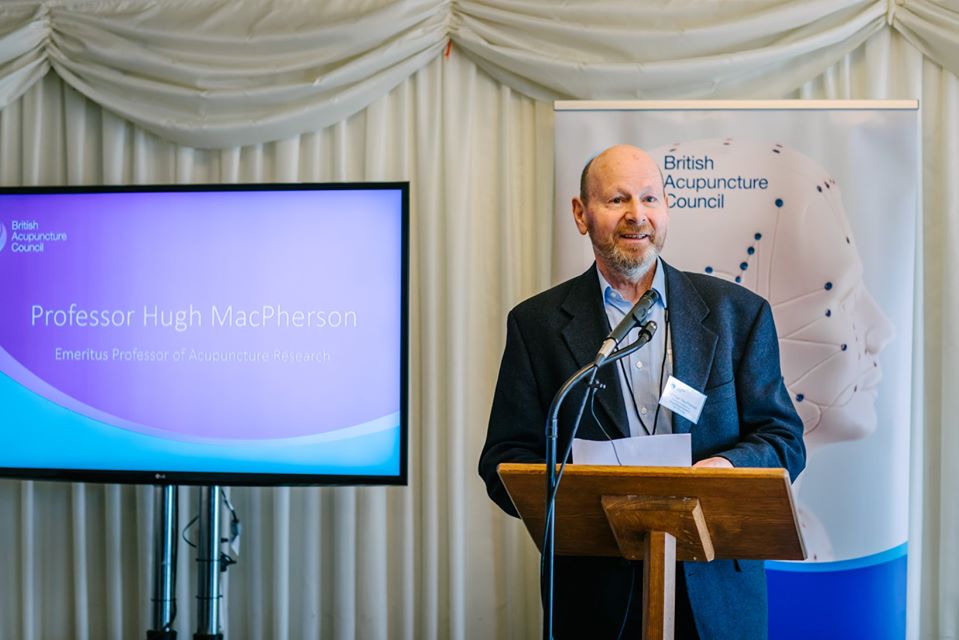 A film highlighting the diverse and high-level work being carried out by acupuncturists across the UK was unveiled at a parliamentary reception in the House of Commons today [Wednesday 11 March, 2020], alongside an international report – The Scope of Acupuncture – which highlights best practice being carried out by acupuncturists around the world. Hugh MacPherson presented data from a systematic review of chronic pain conditions, including low back and neck pain, headache and migraine and osteoarthritis, that provides statistically significant evidence that acupuncture is beneficial and is more than a placebo.

Dental anxiety affects up to an estimated 30% of the adult population in countries world-wide. In a systematic review of six trials with 800 patients, Hugh MacPherson and colleagues found that anxiety was reduced when dental patients were given acupuncture before dental treatment. The level of reduction in anxiety was considered to be clinically relevant, which means that acupuncture could be considered as an option for helping tackle dental anxiety. More trials are needed, measuring the impact of acupuncture on anxiety before going to the dentist, during treatment and after treatment. The publication can be found here. Press coverage included:  Science Daily, Daily Mail, Economic Times, York Press.

Hugh MacPherson who works at the University of York has been appointed as the first Professor of Acupuncture Research in the UK. His focus is on research into acupuncture’s effectiveness for different conditions, its safety, its cost-effectiveness and the possible mechanisms that might explain how the therapy works. His clinical trials have involved acupuncture for a range of conditions, including low back pain, irritable bowel syndrome, depression, and neck pain, all of which can be challenging conditions to treat with conventional medical interventions. His neuroimaging studies have attracted considerable scientific interest as well as featuring on TV programmes such as BBC Science and BBC’s Trust Me I Am A Doctor. [York Press] [Download Radio York interview]

There was international coverage of the publication in Annals of Internal Medicine of the results of the trial of acupuncture of Alexander Technique for chronic neck pain. Over the 12 month trial, at all time points both acupuncture and Alexander Technique were associated with statistically significantly reduced pain when compared to conventional medical care. This project was funded by a grant of £719,000 from Arthritis Research UK.[Press Release] [Reuters] [National Public Radio] [Arthritis Today]

In Series 2 Episode 1 of the series Trust Me I'm a Doctor, Hugh MacPherson and his team at the University of York used a MRI scanner to obtain a brain scan while presenter Dr Salehya Ahsan received acupuncture. While activation of the somatosensory area of her brain was much as expected, counter-intuitively, Dr Aziz Asghar reported that the scan showed deactivations in the deeper limbic structures, including the pain matrix, which might go part of the way to explaining how acupuncture relieves the experience of chronic pain.[Watch this] 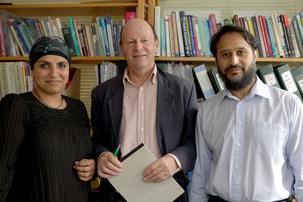 "York acupuncturist Hugh MacPherson and a team of scientists from the York Neuroimaging Centre look at evidence for the way acupuncture may affect pain centres in the brain." Stephen Lewis reports in the York Press.[Read text].

Acupuncture and counselling for depression (Oct 2013)

Both acupuncture and counselling have been found to provide benefits for people with depression, see press release from the University of York. Media coverage included: Reuters, Daily Mail, Time, and many more. The published results of this study can be found at:  MacPherson et al PLoS Medicine 2013.[Full free text]

Funded by a grant from the National Institute of Health Research, Principal Investigator Hugh MacPherson, investigators at the University of York have found acupuncture to be one of the more effective therapies for knee pain caused by osteoarthritis.[Press release] The full article is available for free.[Full free text]

A  major UK trial at the University of York funded by Arthritis  Research UK will investigate the effectiveness of acupuncture and  Alexander Technique lessons in alleviating chronic neck pain. The grant is for £718,000 over 3 years and the Principal Investigator is Hugh MacPherson. October 2011.[Press Release] Press coverage included Times Higher Education, York Press and Yorkshire Post.
Important new research about the effects of acupuncture on the brain may provide an understanding of the complex mechanisms of acupuncture and could lead to a wider acceptability of the treatment, a finding based on research conducted by Hugh MacPherson. February 2010. [Press release] [Telegraph] 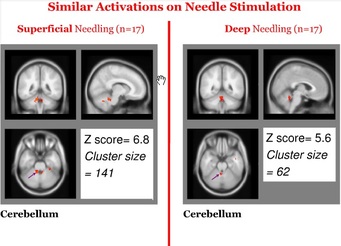 An award of £1,280,000 has been made to Chief Investigator Hugh MacPherson at the University of York to conduct a series of projects evaluating acupuncture for chronic pain and depression in primary care funded by a Programme Grant for Applied Research from the National Institute for Health Research, April 2009.

An award of £250,000 has been made to Principal Investigator Hugh MacPherson at the University of York to conduct a trial of acupuncture for irritable bowel syndrome funded by the National Institute for Health Research under their Research for Patient Benefit scheme, July 2008.

National coverage of the results of a trial conducted by Kate Thomas and Hugh MacPherson, two papers published in September 2006 in the British Medical Journal [see extract], with news coverage from the BBC, Herald, Independent, NHS, Reuters, WebMD and others. 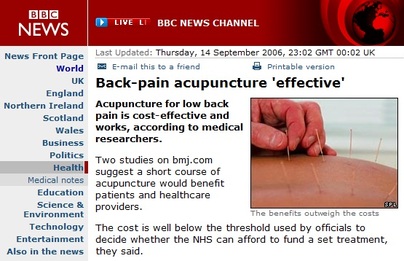 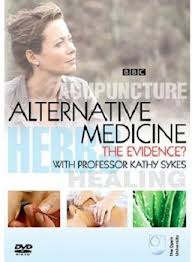 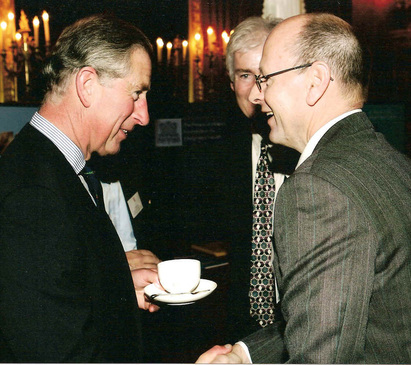 Hugh MacPherson at St James Palace
"The Other Medicine", Radio 4 for six evenings from Tuesday 21st September, 2004, a broadcast that included contributions from Hugh MacPherson on 12th Oct 2004.[Read more ...]

Independent on Sunday, June 29th 2003, with one of those listed being Hugh MacPherson [Read more....](See photo below) 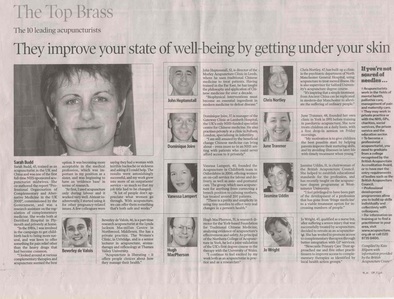