Hugh MacPherson is the UK's first Professor of Acupuncture Research, based at the Department of Health Sciences, University of York. He is also Clinic Director at the York Clinic for Integrated Healthcare, York, UK, and Chair of Trustees at the Northern College of Acupuncture based in York. 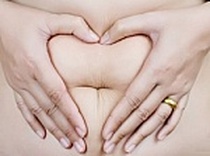 A new study published by BMC Gastroenterology describes a clinical trial in  which benefits were found in patients receiving acupuncture for irritable bowel  syndrome at three months, and that this benefit was largely sustained at 12  months. Hugh MacPherson was the lead investigator, and the trial was funded by  the National Institute for Health Research.[Read more] [Abstract] 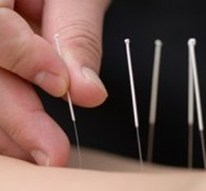 The largest study of acupuncture for chronic pain has recently been published in the Archives of Internal Medicine. Individual patient data from 29 randomized controlled trials with 17,922 patients were analysed and the results show that acupuncture is better than usual care and better than sham acupuncture for the treatment of back and neck pain, osteoarthritis and chronic headaches. Hugh MacPherson is a collaborator and co-author. [Read more] 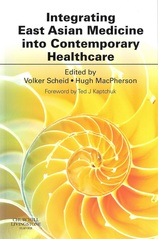 Published by Elsevier, this book is co-edited by Volker Scheid and Hugh MacPherson and brings together contributions from acknowledged experts from a number of different disciplines. These include clinical researchers, Chinese Medicine practitioners, historians, medical anthropologists, experts in the social studies of science, technology and medicine. The aim of the book is to examine and debate the impact of the evidence-based medicine movement on the ongoing modernization of East Asian medicines. [Read more] 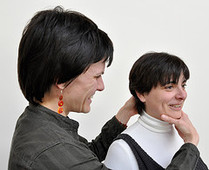 Photo by gordonplant
A major UK trial at the University of York funded by Arthritis Research UK will investigate the effectiveness of acupuncture and Alexander Technique lessons in alleviating chronic neck pain. The grant is for £718,000 over three years and the Principal Investigator is Hugh MacPherson. [Read more]

Important new research led by Hugh MacPherson about the effects of acupuncture on the brain may provide an understanding of the complex mechanisms of acupuncture and could lead to a wider acceptability of the treatment. [Read more]

An editorial in the British Medical Journal was published in September 2009 authored by Hugh MacPherson and colleagues. Titled "Closing the gap in Integrative Medicine", the article argued for broadening the range of evidence to be used for complex interventions that are characteristic of, but not exclusive to, integrative medicine. [Full text]

Acupuncture for chronic pain and depression

An award of £1,300,000 has been made to Chief Investigator Hugh MacPherson at the University of York to conduct a series of projects evaluating acupuncture for chronic pain and depression in primary care funded by a Programme Grant for Applied Research from the National Institute for Health Research, April 2009.

An award of £260,000 has been made to Principal Investigator Hugh MacPherson at the University of York to conduct a trial of acupuncture for irritable bowel syndrome funded by the National Institute for Health Research under their Research for Patient Benefit scheme, July 2008.[Read more]

A new book, edited by Hugh MacPherson with the title, "Acupuncture Research, Strategies for Establishing an Evidence Base", has been published by Elsevier in 2007 [Read more]

Hugh MacPherson has been awarded a  Fellowship by the National Endowment for Science, Technology and the Arts (NESTA). [Read press release]

Acupuncture for back pain

Acupuncture and the brain 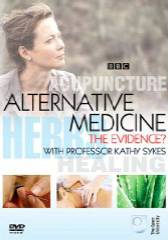